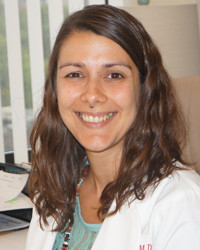 Dr. Joan Hier completed her undergraduate studies at Dartmouth College, and received her B.A., cum laude in Biochemistry/Molecular Biology in 2001. She then worked as a research coordinator studying testosterone replacement in women at Massachusetts General Hospital’s Neuroendocrine Unit. Dr. Hier returned to Dartmouth in 2003, and received her medical degree from Dartmouth College Medical School in 2008. She completed her residency in Obstetrics and Gynecology at the Brigham and Women’s Hospital/Massachusetts General Hospital Integrated Residency Program in 2012, after which she joined Brookline Village OBGYN. Dr. Hier became a board-certified Diplomate of the American Board of OBGYN in 2014 and is a member of both the American College of Obstetrics and Gynecology and the Massachusetts Medical Society.

Dr. Hier is affiliated with both Brigham and Women’s Hospital and Brigham and Women’s Faulkner Hospital. Dr. Hier’s clinical interests include contraception and reproductive counseling, as well as gynecology and benign gynecologic surgery and menopause. Dr. Hier enjoys practicing obstetrics, and helping women to have healthy and successful pregnancies. 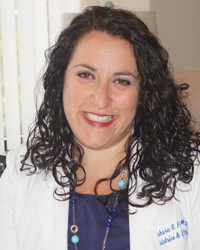 Dr. Barbara Frank attended the University of North Carolina at Chapel Hill, and graduated with a degree in Public Health and Chemistry in 2006. She then attended Wake Forest University School of Medicine in 2010, and followed immediately with an internship and residency at Tufts Medical Center in Boston. Dr. Frank completed her residency in 2014 and joined Brookline Village OBGYN in August, 2014.

Dr. Lauren Ditrio graduated from Dartmouth College in 2009 with a B.A. in English Language and Literature. From 2009 – 2011, she did medical research in New York at St. Vincent’s Comprehensive Cancer Center and Mount Sinai Medical Center. Dr. Ditrio then attended Georgetown University, where she received an M.S. in Physiology and Biophysics in 2012, followed by her medical degree from Georgetown University School of Medicine in 2016. She completed her residency at the University of Connecticut Health Center in June 2020 and received the Rebecca Lefcort Award for Academic Excellence.

Dr. Ditrio is affiliated with both Brigham and Women’s Hospital and Brigham and Women’s Faulkner Hospital. Her clinical interests include medical and surgical management of benign gynecologic problems, including minimally invasive surgical options. She also provides obstetric care and enjoys working with women before and during their pregnancies.

Svetlana (Lana) Rosin received her medical education at the Moscow Medical Institute, from which she graduated in 1980 with Doctor of Medicine. Subsequently, she completed a residency in Obstetrics and Gynecology at Moscow Hospital 67. She practiced medicine as an OB/GYN in Moscow for 8 years, before emigrating to the United States in 1990.

Lana joined Brookline Village OBGYN in 2001, and has been an integral part of our practice since then. She particularly enjoys educating newly pregnant patients, and helping gynecological patients with medical issues.