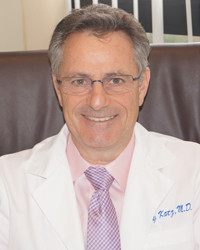 Dr. Katz is interested in guiding women through all phases of life from young adulthood and family planning, through pregnancy, lifelong gynecological care and menopause. He particularly enjoys the opportunity to build long-term relationships with his patients. 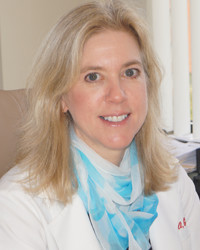 Dr. Carolyn Cline graduated with a BA degree from Stephens College in Missouri in 1984. Upon graduation, she returned to her home state of West Virginia to pursue her medical studies and received her MD from Marshall University School of Medicine in 1988. Dr. Cline completed her internship and residency in Obstetrics and Gynecology at Boston City Hospital in 1992. While at Boston City Hospital, she was the Administrative Chief Resident in 1991 and received the Leonard J. Cibley Award for Resident Teaching in 1992.

Dr. Cline has been on staff at Brigham and Women’s Hospital since 1992, and is also affiliated with Brigham and Women’s Faulkner Hospital. She became a provider in Brookline Village OBGYN in 2002, and has enjoyed participating in the growth of this practice since then.   Dr. Cline has also been named as “Best of Boston” doctor in Boston Magazine, and was just named one of the “Best Doctors in America” for 2015-2016 by Best Doctors.com. Dr. Cline is a member of the faculty of Harvard Medical School. She is a Diplomate of the American Board of Obstetrics and Gynecology and has been board-certified since 1994. Dr. Cline enjoys providing health care to her patients through all stages of life. 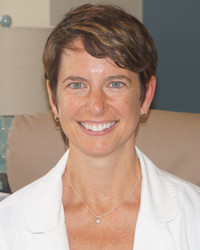 Dr. Zinner studied psychology and neuroscience at Duke University and received her bachelor of science in 1994. She remained in Durham, where she attended medical school, and received her medical degree from Duke University Medical School in 1998. Following medical school, Dr. Zinner moved to Boston and completed her internship and residency in Obstetrics and Gynecology in the Brigham and  Women’s/Massachusetts General Hospital Integrated Program in 2002. Dr. Zinner joined the Brigham and Women’s Obstetrics and Gynecology Group in 2002, where she practiced for three years. In 2005, Dr. Zinner joined Brookline Village OBGYN. Dr. Zinner became board-certified in 2005 and is a Diplomate of the American Board of Obstetrics and Gynecology. She is also a member of the Massachusetts Medical Society.

Dr. Zinner is affiliated with Brigham and Women’s Hospital and Brigham and Women’s Faulkner Hospital. A member of the faculty of Harvard Medical School, Dr. Zinner enjoys educating women about their gynecological health. Her special interests include contraception, sexual health, pre-conception counseling, obstetrical and prenatal care.